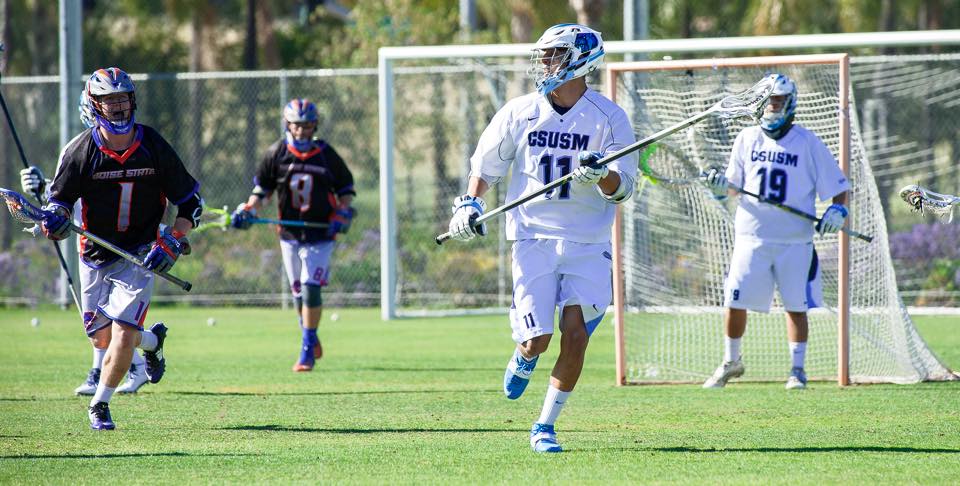 Six members of the 2015 Cougars have been selected to the Southwestern Lacrosse Conference’s 1st, 2nd, and All-Freshman teams.

Attackman #23 Austin Jenkin (So) – 1st Team All-Conference
In his sophomore campaign, Jenkin led the nation (along with teammate Cade Vlacos) with 106 points. Jenkin surpassed last season’s 80-point performance and is on a prolific scoring pace, one that would put him among the MCLA’s all-time leaders if he maintains his performance over the next two seasons. #23 was the Cougars’ offensive catalyst in 2015, capable of creating offense for himself and his teammates in key situations. Jenkin’s standout performances this season include: (2/21) at Occidental, when he scored two goals and had a career-high seven assists in a 12-10 victory;

Attackman #7 Cade Vlacos (Fr) – 1st Team All-Conference, 1st Team All-Freshman
Freshman attackman Cade Vlacos was a crucial piece to San Marcos’ offensive success in 2015. His 106 points were tied for 1st in the country with fellow Cougar Austin Jenkin. Vlacos’ ability to score made him a nightmare for defenses, and someone who had to be taken into account as another major threat along with Jenkin. Vlacos has had many great performances this season, including: (3/7) a five goal, three assist day in a 12-8 win at NAU; (3/8) vs Fort Lewis, Vlacos had four goals and four assists in a 13-11 victory; (4/4) in the Cougars’ 4th game in Colorado, Vlacos had two goals and five assists in a 13-12 victory against Metro State.

Defenseman #6 Jesus Rojas (Sr) – 2nd Team All-Conference
Senior defenseman Jesus Rojas has been the anchor of the San Marcos defense for each of his four years as a Cougar. Assigned to the opposition’s biggest offensive threat every game, Rojas became one of the premier on-ball defenders in the SLC. While quantitat

ive statistics for defensemen are not recorded in the MCLA, Rojas played his best games when it mattered most, including in victories against NAU (3/7), Fort Lewis (3/8), and UCSD (4/18).

Long-Stick Midfielder #11 James Delaney (Sr) – 2nd Team All-Conference
Senior LSM James Delaney finished his four-year collegiate lacrosse career with his best season. A ground-ball machine, Delaney scooped up a career-high 125 ground balls in 2015, and was crucial to face-off specialist Iain Holman’s success. Delaney was also a spark on the offensive side, finishing the season with five goals and three assists. His goal late in the 4th quarter against UC Santa Cruz sparked a two-goal comeback by the Cougars, who went on to win the game 13-12 after scoring three in the game’s last 2 minutes.

Attackman #8 Adnan Swilley (Fr) – 1st Team All-Freshman
Adnan Swilley was the Cougars quarterback in 2015, the on-the-field manager of the nation’s 3rd-highest scoring offense. He ran the offense from “x,” and was key in creating opportunities for his fellow attackman to succeed.  Among Swilley’s best g 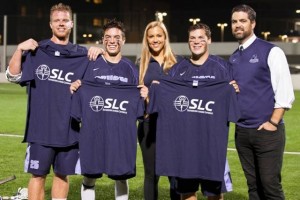 Face-off Specialist #2 Iain Holman (Fr) – 1st Team All-Freshman
As a freshman, Holman was a leader on the field for the Cougars in 2015. His effort was infectious and significantly contributed to every one of the Cougars wins. Starting the season as a true midfielder and secondary face-off man, Holman stepped up when primary FOS Austin Halligan was injured early in the season and deemed out for the remainder of 2015. Holman did not miss a beat, winning 68% of the face-offs he took. His standout performances include: (2/14) vs UC Santa Cruz with the Cougars down by one goal with 2:14 left in regulation, Holman won the face-off and took it to the cage himself, scoring the tying g

oal with 1:57 remaining. He won the ensuing face-off and got the ball to attackman Cade Vlacos, who put in the winning tally shortly thereafter; Holman dominated in the March 8th contest against Fort Lewis, when he won 20 of 25 face-offs and recovered 17 ground balls in a 13-11 Cougar win.