The opening weekend of the 2013 season brought a solid victory and a contest rescheduled due to rain, as what was shaping up to be quite event on Saturday turned into a flooded field and a cancelled home opener for San Marcos. Though with a scheduled back-to-back to start the season the Cougars made the short trip up to Torrance, CA to battle the Marymount Mariners on Sunday.

On the shoulders of an incredible game from #9 Kyle Peterson, the Cougars came away with a 25-2 victory. San Marcos’ captain put in 11 goals and 6 assists, a single-game career high in both categories for the senior attackman. While the Cougars’ offense seemed to be clicking on Sunday, Coach Hicks isn’t quite satisfied, “We’re really looking forward to improving on our weaknesses at practice this week in preparation for the Long Beach game this weekend.”
As the first game played of the 2013 season between two SLC DII opponents, the rest of the conference got to see the result of two newer programs putting it together and heading in the right direction. “We have to give Marymount credit, they never gave up and fought until the end.” Stated Coach Hicks after the game.

The Cougars will host the Long Beach 49ers on Saturday, February 2nd at 2:00 pm as the new home opener for the 2013 season. The UC Irvine game has been rescheduled to April 14th, 2:00 pm at Cal State San Marcos. 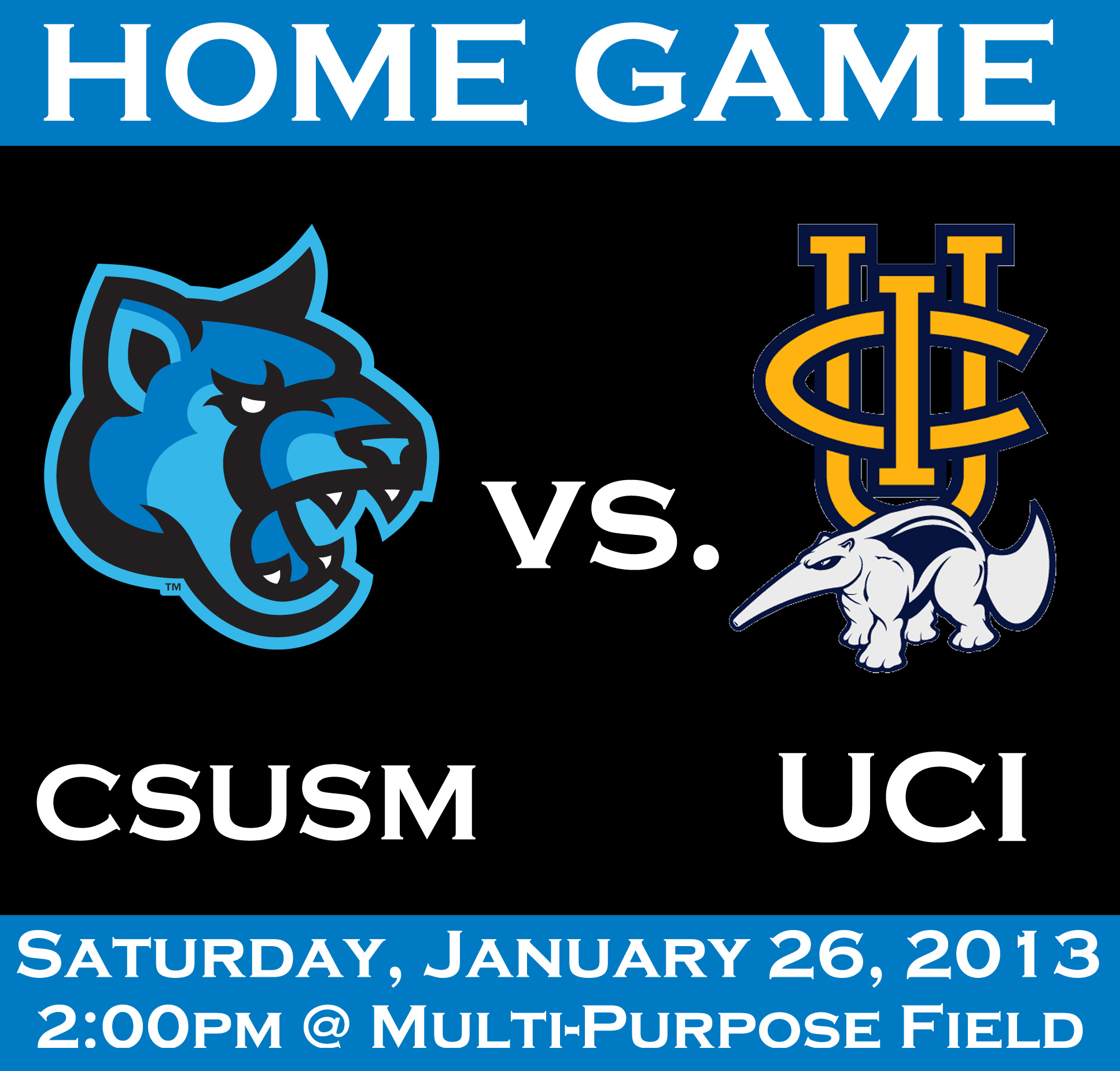 Our first game is coming up on Saturday, January 26, against UC Irvine.  The game is at 2:00pm on the Multi-Purpose Field at CSUSM.  We will be having some food, drinks and music before the game so we hope to see everyone out there.  Go Cougars!