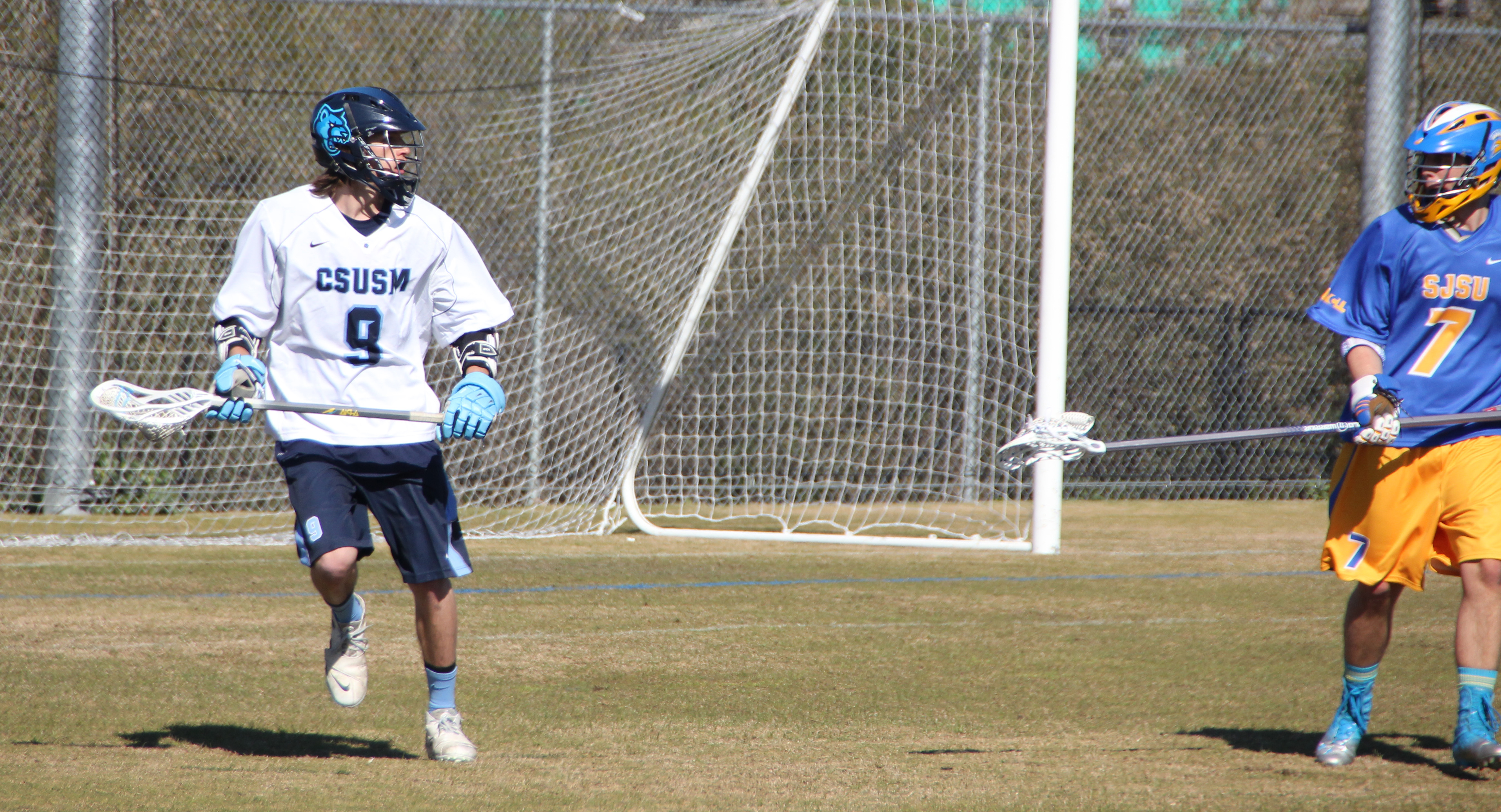 The Cougars got started fast and within the first 2 minutes of the game, Attackman Dylan Perry buried two quick goals off of fast break opportunities. Kyle Skachenko added another goal to take an early 3-0 lead.  Both teams then exchanged a pair of goals to end the first quarter at 4-1.

During the second quarter, a streaking Spartans offense quickly brought the score to 6-4.  Coach Hicks quickly called a time out as San Jose started to gain momentum, leaving San Marcos scratching their head. With the team gathered, the Cougars headed back on the field with a new game plan and quickly took back control. The Cougars buried some quick goals at the end of the second and again early in the third and never looked back as they were able to take control of the second half and finish the game with a 13-8 victory. 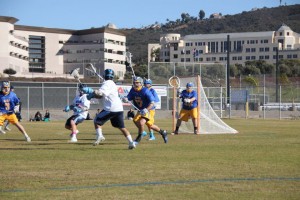 Coach Hicks said, “I was pleased with how well we responded to San Jose as they got
their legs back under them and started to slowly take the momentum away from us. We
were able to execute a new game plan and take control of the game. I’m really proud of
the the way our men played today.  San Jose was a great opponent and we’re very thankful they traveled
all this way to play us.”

The Cougars will continue to defend their undefeated season as they take on CSU Channel Islands this weekend.
The Dolphins will be traveling to San Marcos to face the Cougars on March 2nd at 2:00pm. 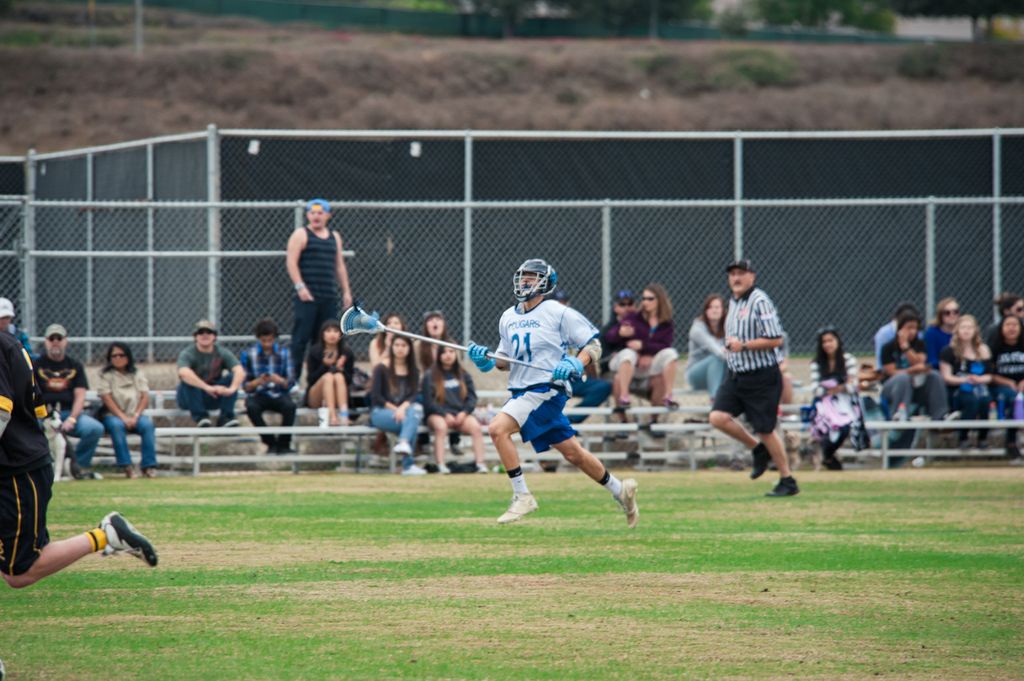 For the second time in as many weeks an important divisional matchup for San Marcos was not played as scheduled. Though this time it was not rain, rather an administrative mishap that kept the divisional game from taking place. Instead of cancelling the game and rescheduling for a later date, the teams decided to turn this matchup into a scrimmage and get another game under their respective belts during the early stage of the 2013 season.

The Cougars stepped out in front of a great home crowd seemingly out of place and uncomfortable, as 4 first-quarter penalties by the home team turned into 3 man-up goals for the Long Beach 49ers and a 5-2 deficit at the end of the 1st. The Cougars turned it around in the 2nd quarter, scoring 4 unanswered and taking a 6-5 lead into halftime. “We came out flat in the first quarter but eventually found our footing on both sides of the ball. We were able to capitalize on some transition offense that got us right back into the game,” Cougars’ Head Coach Teddy Hicks said. 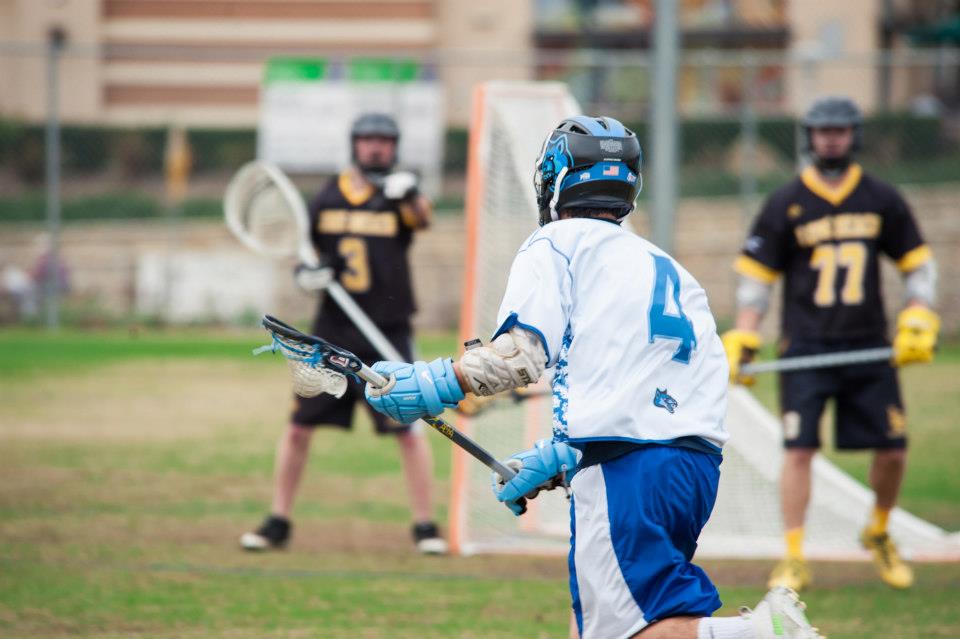 San Marcos carried the momentum of the 2nd quarter right into the later stages of the game, as a stout defense and an unrelenting offense combined to outscore the 49ers 11-3 in the 2nd half. Attackmen #9 Kyle Peterson and #4 Dylan Perry took over the game on the offensive side, with at least one of them having a hand in each of the Cougars’ 11 second-half tallies.

The date of the reschuled game between Long Beach and San Marcos is yet to be determined, but Coach Hicks and the Cougars seem to be ready whenever the time comes to take on the 49ers, who they have beaten in scrimmages twice since the fall.

Next up for the Cougars are the San Jose State Spartans, who will travel to San Marcos for an inter-conference matchup on February 23rd at 2:00 pm