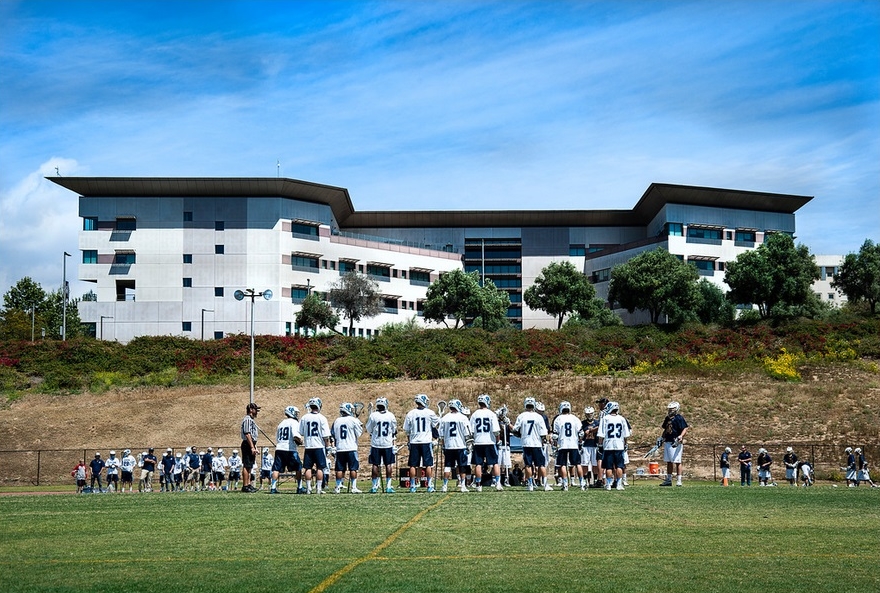 Cal State San Marcos hosted a playoff game for the first time ever on Sunday, taking on the Northern Arizona Lumberjacks in the SLC quarterfinal round. The two teams faced off in March, when the Cougars traveled to Flagstaff and defeated NAU, 12-8. The match up was also a rematch of last season’s SLC quarterfinal, which saw the Lumberjacks defeat the Cougars, 13-10. 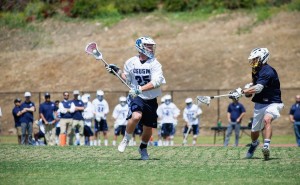 The Cougars came alive in the 2nd quarter following a tightly contested and low scoring 1st. Sparked by NAU penalties and freshman midfielder Iain Holman, who rattled off three goals in a row, the Cougars tallied eight scores in the 2nd.  Just when it seemed the Cougars hit their offensive stride, the country’s leading scorer #23 Austin Jenkin, went down with a leg injury. Jenkin, who has been a major offensive catalyst for the Cougars this season, did not return to the game after scoring one goal through just under two quarters.

Coming out of the halftime break with a 10-5 lead, the loss of Jenkin was felt considerably on the offensive side of the field. The Lumberjacks stifled the San Marcos offense, allowing just one goal in the second half of play. The home team was bit again by the injury bug early in the 3rd quarter when defensive play-maker Darius Talley was sidelined for the remainder of the game. The Lumberjacks took advantage of their opportunities and piled up six goals in the 3rd and two in the 4th, ending the game on a 7-0 run. 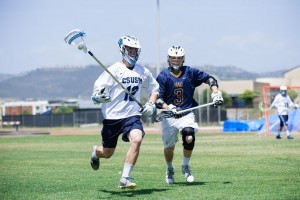 “We made too many mental mistakes in the second half. We were impatient, committed unnecessary penalties, and didn’t take advantage of the opportunities we had to stop the bleeding. Obviously this was a very disappointing way to send off our seniors.” said Head Coach Teddy Hicks following the game. “We’re going to sit on this one for a little while and learn from our mistakes, then we’re going to get back to work getting ready for next season.”

As part of the first 4-year graduating class for San Marcos, senior captain Hetor Torres was asked to reflect on the game and his career as a Cougar; “Unfortunately the season didn’t end the way we wanted it to. We gave this one up, which is a tough way to lose. Despite the loss, we had a great season and I enjoyed every second of it. Coming into college having never played the sport before, I fell in love with lacrosse and couldn’t be more thankful to have the opportunity to lead this team as a captain. Everyone around here knows how limitless our program’s potential is, and I am very excited to see what happens in the future.  Nothing can compare to being on this team and stepping onto the field with the guys every day. All Coug Everything.”