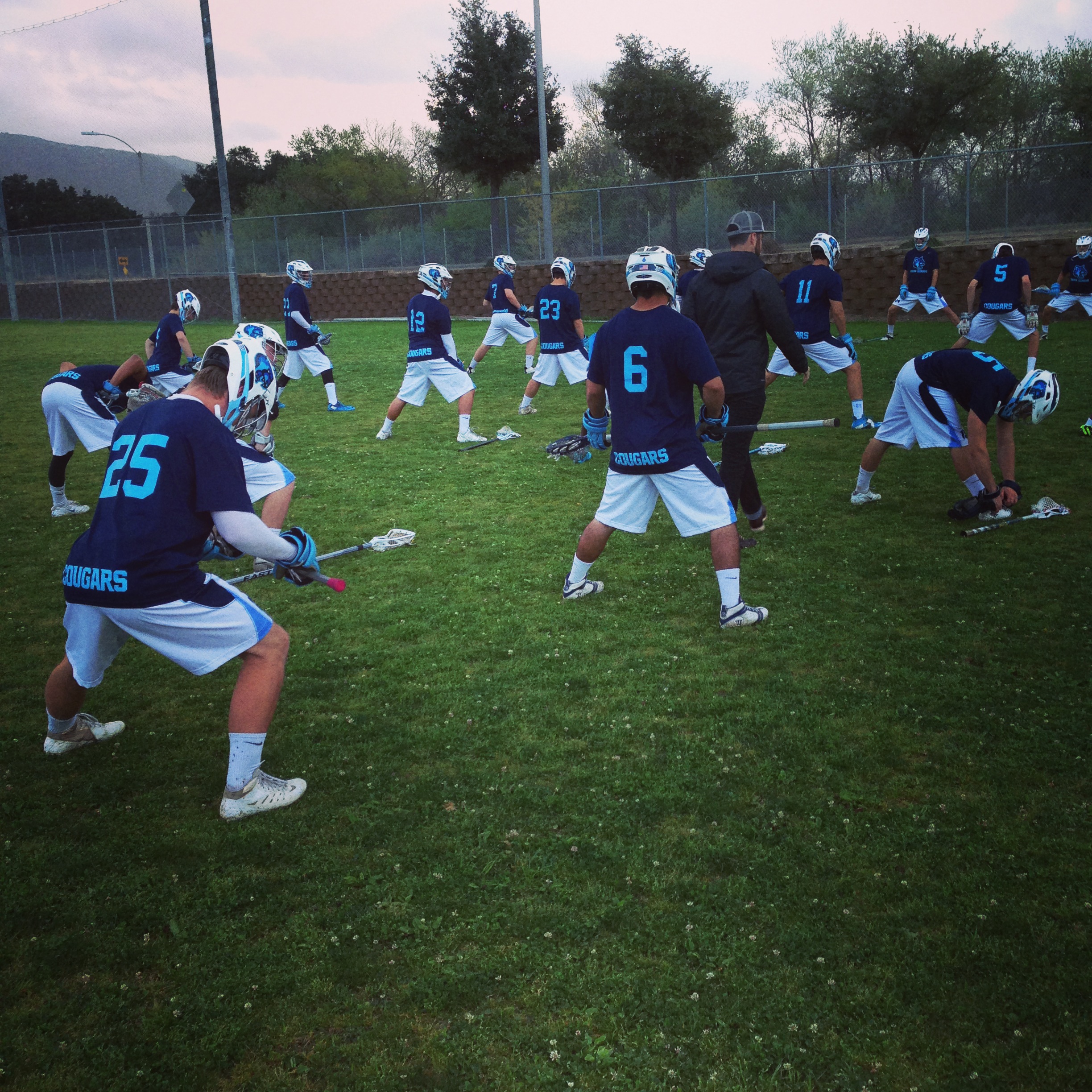 The Cougars traveled to Temecula, CA, this past weekend to participate in Great Oak High School’s College Night and take on the Occidental Tigers.  With torrential rains throughout Southern California, both teams were prepared for a wet one.  Just as expected, the rain started to pour down during pre-game warmups.  The CSUSM roster is entirely comprised of Southern California residents, so playing in the rain is not something that many of Cougs had experience before.  Regardless, CSUSM brought tenacity and vigorous energy from the very first whistle.

With three early goals from Occidental, Coach Hicks called a timeout to talk over the early mistakes.  After that, the Cougs came out firing and didn’t stop until the very end.   The game was evenly matched through the entire first half, but the Cougs took a one goal lead at the very end of the second quarter.  This energy boost carried through halftime and the Cougars were ready to roar in second half.  CSUSM outscored Occidental 6-1 in the third quarter. 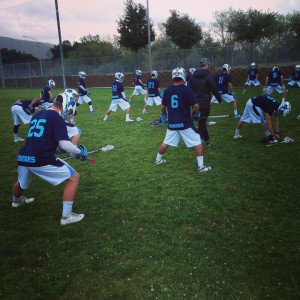 The CSUSM attack unit brought their A-game and commanded the pace of play in this game.  The starting attack took care of 15 of 17 goals for the Cougars and facilitated a staggering 10 assists.  Dylan Perry and Austin Jenkin led the game with nine points each.  While the CSUSM midfield has yet to find their stride, the Cougs make up for in their ability to maintain possession.

Coach Hicks stated that “the bar has been set.  Our guys came out and played well for all four quarters.  I am very proud in what we did tonight and there is no more excuses for sloppy play.  This week we will definitely be committing some time to creating more opportunities for the midfield units as well as continuing to make adjustments defensively.  Our attack came out and did what they had to do, but we are making sure that we can fill the gaps in other areas.  We are remaining humble, but if we continue to elevate our play from here we are going to surprise a lot of teams throughout the rest of the season.”

The Cougars travel north this weekend to face the Biola Eagles on Saturday, March 8, at 7:00pm.  The game will be at Biola University in La Mirada, CA.  The Cougars have never played Biola.