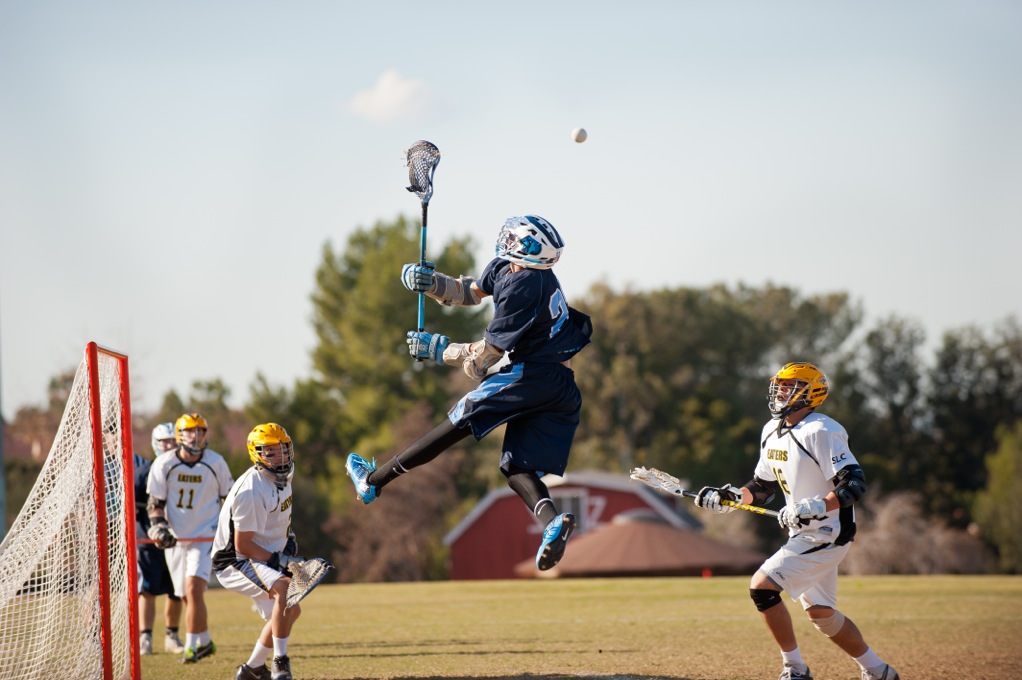 Cal State San Marcos opened their 2014 season Saturday with a short trip up the I-5 to take on the Anteaters of UC Irvine, the third meeting between these divisional opponents in as many seasons. Led by a strong performance from their defense the Cougars begin the season with a huge divisional road win, 12-5.
The first half started off slow for San Marcos on the offensive side, as the Cougars were held to just three tallies in opening 30 minutes. The defense was the bright spot, holding the Anteaters scoreless in the first half with a smothering attack that did not allow Irvine to get anything going on offense. Led by junior long stick midfielder James Delaney, the defense played aggressive, creating turnovers and capitalizing on opportunities to scoop up loose ground balls. 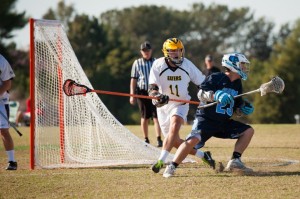 The Cougar offensive woke up after the intermission, taking advantage of the opportunities their defense was giving them by scoring nine goals in the second half. In his first collegiate game, freshman Austin Jenkin had a big spot to fill on the Cougars’ attack line with the departure of two-time 1st team all-conference selection Kyle Peterson. The freshman did not disappoint, scoring four goals and dishing two assists, the attack line for San Marcos showed there will be no slowing down.

Coach Teddy Hicks, entering his second season with the team, was happy with his team’s performance, especially what he saw from the young guys, “We came out a little rusty but got on track after the first half. I’m looking forward to heading back to the drawing board at practice to tie up some of our loose ends. All in all, I’m happy to see how our freshman were able to respond in their first collegiate game. Excited to clean some things up before we visit Channel Islands.”

Next up for San Marcos are the Dolphins of Cal State Channel Islands. The contest will be played in Camarillo, CA on February 15th. The Cougars are 1-0 against the Dolphins, victorious in last-season’s match-up 21-5.