The Cougars are excited to announce the schedule for the upcoming 2013 season.

San Marcos will kick off the season with back to back games the weekend of January 26th, starting on Saturday at home with a divisional match-up against UC Irvine, followed by a trip to Rancho Palos Verdes to face Marymount College on Sunday.
The Cougars will host WCLL opponent San Jose State on February 23rd as part of a four game home-stand stretching from February 2nd to March 9th.
San Marcos will make the short trip to Temecula to take on divisional opponent Cal State Fullerton at Great Oak High School on Saturday, March 16th at 5:00 PM.
For spring break the Cougars will travel to Northern California and play games against Cal Maritime Academy and Humboldt State.
The Cougars return south to meet up with UC San Diego on April 19th, and will finish the season at home on April 21st against Northern Arizona. 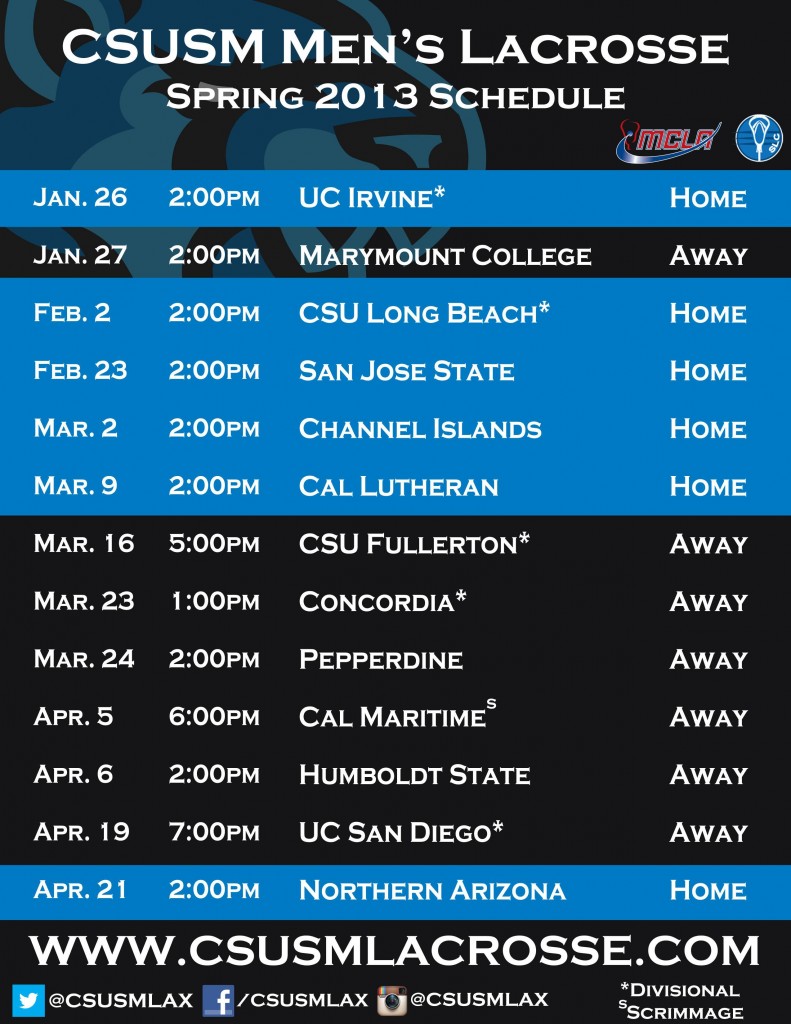